I have had so many emails from readers asking for my take on the Ricoh GRD IV recently, that I thought it necessary to do a short post on it. 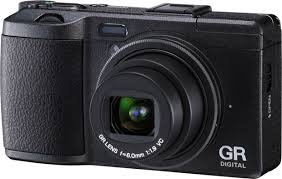 As regular readers may also know, I did have a Ricoh GRD IV for sale here not long ago, which is now in the hands of a more deserving person! Even though I prefer to use film, I do have my moments when I do actually pop a digicam into my pocket and venture out onto the streets. Sadly that’s not very often, hence the reason why I don’t hold onto my digicams when I get them!

Ok; so what did I think of the GRD IV?

We all know that whatever type of photography we are fond of, size does matter! Joking aside, by that I mean that the smaller our camera is, the more adventurous we will be in taking our shots. For example, if we are carrying a stomping big DSLR, I somehow don’t think anybody would go about trying to get candid shots on the street with it! The mere size of the thing would scare away your prospective subjects. The Ricoh is one of the cameras that most closely ticks all the boxes for a reliable, compact, light and unobtrusive pocket camera, ideal for all kinds of shooting.

Some people would say that almost all of the slim digicams on the market now are small and pocketable, and that they can do what the Ricoh can do, etc., but that would be wrong to assume. Yes, many point and shoot digicams are small and light, but they have been designed for people who couldn’t care less about shutter speeds, aperture, depth of field or any other exposure parameters. Even of you wanted to access those parameters in a normal pocket digicam, you’d have to stop and spend several seconds or minutes going through many stages of the menus before you finally got to what you wanted to do…and of course, by that time, your shot has disappeared!

The thing about the Ricoh (and for that matter, in my view it is the same with all the Ricoh cameras, right from the famous GR1 film camera, all the way through to this one) is that it not only looks like it has been designed with a serious photographer in mind, but it actually has been designed like that…period!

In a camera that needs to be used as quick as the flash of an eye, it must be designed such that all it’s controls are in a logical and uncluttered layout, maybe even so much as to make them controllable by just a thumb or forefinger, if need be. Certainly, many of my classic vintage cameras have this superb capability, the Voigtlander Vitessa N to name one out of many.

Let’s talk a little more about the controls, etc on the GRD IV. One of the glaringly obvious things I noticed about the camera when I used it was that it has consumer-programmable controls, meaning you can customise them to suit your own way of shooting. For example, the up/down, and Fn buttons.

The camera also has several focus modes, such as multiple exposure, snap focus, shake correction etc etc. Let’s take the snap focus function. I’ve deliberately chosen this mode, because I know that 99.9% of users will be taking the camera on street shoots, and this snap focus mode is exactly what we street shooters need!

In essence, what the mode gives you, is the ability to shoot from the hip, ie without worrying about focus, shutter speeds, aperture etc. It presets the lens to a certain range, and this will mean that when you press the shutter button, the camera will not need to whizz and whirr trying to focus the shot and get the exposure parameters right…it is already done when you chose snap focus. I find that invaluable to say the least. Neat, huh?

Another really, really savvy trick on the camera is a level indicator, which shows you if your shot is level, ideal for when shooting buildings or landscapes. I do know some of the top DSLRs have this feature on them as well, but as an example, look what you’d be paying for that….more than $5000 compared to $500…no argument!

Aside of the qualities already discussed, there are multitudes of other things the camera is capable of, making it a really powerful tool for use in your hobby or profession. Notice I haven’t touched on any of the technical parameters at all; that would baffle not only myself, but most probably, some of my readers, too. All that info is available at the click of a mouse on the web if you’re that way inclined. Also notice I haven’t included any of my own shots taken with the GRD IV….that would be unfair, so instead I have opted to show other  people’s shots…no way I can have faked those! 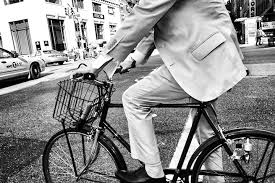 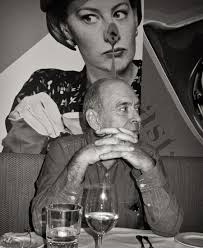 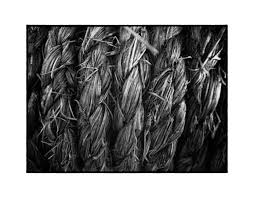 Cutting it short; the Ricoh GRD IV…one hell of a superb pocket camera, and one that will surely need to be included in every professional or amateur’s bag.

And here’s some hot news…I’ve managed to buy another GRD IV, this time with a number of it’s extras as well. I’m putting it through it’s paces as usual, and will do a posting here in the near future to tell you a little more.

ME & MY PASSION! ok, you probably looked at the length of this "about me" page and thought, god, what's wrong with this guy!....does he have to start telling us his life story or something!!? well, youve come here now anyways, so why not hear what im like as a person, eh? ive been using film cameras for well over 30 years...my first one being the family yashicamat twin lens! over the years, ive both bought sold and collected film cameras...too many to tell the truth! in fact, ive been buying and selling cameras well before the internet came on the scene, so anything you purchase from me is backed by my self-styled moneyback promise.....if you dont like what youve bought, send it back within 14 days and you get all your money back...no arguments!! WHERE I STAND ON THE DIGITAL REVOLUTION! yes, i do use digital as well, but only as a ready-reckoner...i try and take most shots with my simple 2megapixel digicam....if the shot looks good, i pull out my film camera and shoot! i most defintely do not believe in digital manipulation of photographs....that in my eyes is not photography...its cheating! WHERE I USED TO LIVE, WHERE I AM NOW & WHAT I WOULD LIKE TO DO! i used to live in Ontario, Canada, but moved back to the UK a little while ago (its a long story..!)...but now i'm living in the one place i always wanted to be...Vancouver, BC..the next best thing to paradise on earth! as i work as a freelance writer as well as other things, i often find hat my work takes me to europe for short spells, so i get to travel a lot...not a blessing, as i just hate long flights! im a qualified Quality Assurance guy (you know...ISO 9000, auditing, documentation etc) ....99% of my skill-set is transferable so i can handle any admin or documentation-related roles....see you in BC! otherwise, i specialise in ISO 9000 auditing and documentation. my dream? to have my own thriving camera shop in Vancouver BC, whilst living in the mountains somewhere.....the best of both worlds!
View all posts by filmcamera999 →
This entry was posted in Classic film cameras and tagged asking, camera, candid, depth of field, digital, emails, eye, grd, hip, IV, menus, pocketable, programmable, ricoh, ricoh grd IV, shoot, slim, snap focus, street, take, technical. Bookmark the permalink.