The camera that has the same name as something in your eye! 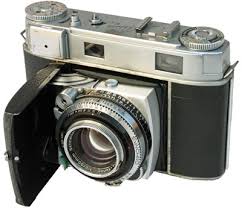 Since my last article about the Lomo, I do appear to have upset even more people since the first one many months ago! Oh, dearie me!

Well, as some sort of recompense, let’s talk a little about something positive then…..(this is a hint to someone who said that my articles are full of negativity…at least, that’s how I understand it!).

That weirdly long title atop of this post alludes to the world-famous folding range of cameras made by Kodak, the Retinas.

As many readers will no doubt know, the Retina range comprises a large number of variants, with the very best being the much-coveted Retina IIIC.

The Retinas were made originally at the West German Kodak factory in Stuttgart, being designed by Dr August Nagel. What made the Retina IIIC such a superb camera, was the fabulous Xenon lens. The quality of engineering is so high, akin to that inside a Swiss watch, that many people say it has been over-engineered…to them, I say….erm so what? It’s a win-win situation for the buyer!

And it also had much more; a coupled rangefinder, interchangeable lens and a special viewfinder capable of working with lenses of 3 different focal lengths, 30, 50 and 80mm. Not only this, but the build quality of these cameras was legendary, one reason why they are still around today and why they command quite hefty prices.

But as we’re talking about prices, here’s something many people don’t know about. In 1978 or thereabouts, a large amount of brand new Retina IIIC parts were found in the factory at Stuttgart, enough for a limited number of cameras to be made from them. Don’t forget, Retina production only lasted from 1957 to 1960, so this was like finding a treasure chest full of gold!

Only about 100 new Retina IIIC’s were produced using these parts, but were only given as gifts to the top guys in the organisation. This obviously raised their value even more, and that’s one reason why these models command a higher price. As a comparison, a Retina IIIC can cost around $400 to $600; one of those built in 1978 are fetching at least $2000!!

But let’s get back to the Retina again. For such an old camera, you will be amazed at the quality it can deliver. There is virtually no vignetting of the lens, and horizontals are as horizontal as can be! Examine some of the shots taken by this camera and you will also see that they are pin-sharp and distortion free.

Before we leave the subject, one thing that I should mention is that, being a classic old-school camera, you cannot hurry a Retina….it demands you slow down and think your shot out, which in my mind, is no bad thing in these days of technologically instant gratification!

PS I have a few of these in my collection….if I can get a good enough response from you readers, I may, just may, be convinced to offer one or two for sale!

ME & MY PASSION! ok, you probably looked at the length of this "about me" page and thought, god, what's wrong with this guy!....does he have to start telling us his life story or something!!? well, youve come here now anyways, so why not hear what im like as a person, eh? ive been using film cameras for well over 30 years...my first one being the family yashicamat twin lens! over the years, ive both bought sold and collected film cameras...too many to tell the truth! in fact, ive been buying and selling cameras well before the internet came on the scene, so anything you purchase from me is backed by my self-styled moneyback promise.....if you dont like what youve bought, send it back within 14 days and you get all your money back...no arguments!! WHERE I STAND ON THE DIGITAL REVOLUTION! yes, i do use digital as well, but only as a ready-reckoner...i try and take most shots with my simple 2megapixel digicam....if the shot looks good, i pull out my film camera and shoot! i most defintely do not believe in digital manipulation of photographs....that in my eyes is not photography...its cheating! WHERE I USED TO LIVE, WHERE I AM NOW & WHAT I WOULD LIKE TO DO! i used to live in Ontario, Canada, but moved back to the UK a little while ago (its a long story..!)...but now i'm living in the one place i always wanted to be...Vancouver, BC..the next best thing to paradise on earth! as i work as a freelance writer as well as other things, i often find hat my work takes me to europe for short spells, so i get to travel a lot...not a blessing, as i just hate long flights! im a qualified Quality Assurance guy (you know...ISO 9000, auditing, documentation etc) ....99% of my skill-set is transferable so i can handle any admin or documentation-related roles....see you in BC! otherwise, i specialise in ISO 9000 auditing and documentation. my dream? to have my own thriving camera shop in Vancouver BC, whilst living in the mountains somewhere.....the best of both worlds!
View all posts by filmcamera999 →
This entry was posted in black & white photography, cellphone art photograhy, chemicals & film, Classic film cameras, digital cameras/accessories and tagged folding, IIIC, interchangeable, kodak, lens, lenses, lomo, meter, rangefinder, retina, sharp, stuttgart, viewfinder, west germany, xenon. Bookmark the permalink.

8 Responses to The camera that has the same name as something in your eye!